As a socially and computationally inflected cognitive scientist, I study human decision behavior in complex social environments. I focus on computational approaches to institutional analysis and the cognitive science of strategic behavior. In practice, I work back and forth between data science, behavioral experiments, and modeling.
I am an Assistant Professor at the University of California, Davis in the Department of Communication, where I am in the Computational Communication group. I am also a Neukom Fellow at Dartmouth College’s interdisciplinary William H. Neukom Institute for Computational Science. Before academia, I was at Disney Research, a part of Walt Disney Imagineering, where I applied my expertise to both theoretical and practical questions about engineered social systems. I earned a Ph.D. in Cognitive Science and Informatics at Indiana University in 2013, and my B.A. in Cognitive Science from the University of California, Berkeley in 2004.
CV: PDF
Contact (professional): sfrey+site@ucdavis.edu
Contact (personal): moctodliamg at the same thing backward.

… and, eventually, the science of helping them craft themselves. What is even harder than preventing the Tragedy of the Commons? Preventing the Tragedy of the Commons in a population of cognitively immature and totally anonymous users. That is how a multiplayer video game servers can advance our understanding of human cooperation and self-governance. Many game servers are owned and operated by the players themselves. These amateur administrators must overcome a bundle of collective action problems, including fostering activity, building trust, managing vandals, and paying for bandwidth. By evaluating the governance decisions of tens of thousands of such servers, we can develop a better understanding of effective social and institutional design. We can also support a generation of young people who are making themselves conversant in the art of designing better societies.
—Work in progress.
—Coverage in New York Times feature. 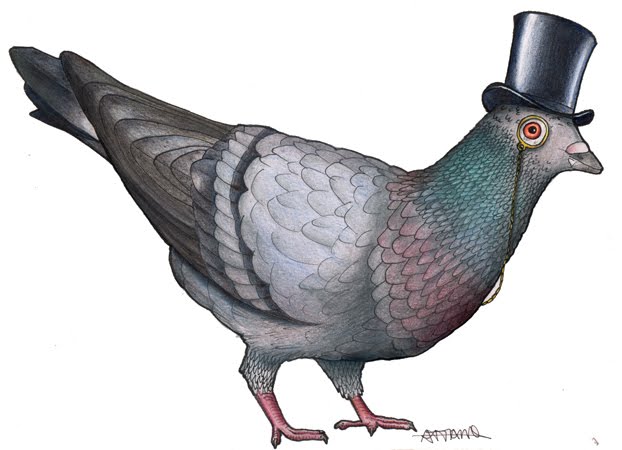 What makes poker experts better than amateurs, and what does it have to do with encryption? In studies of decision making, humans tend to be thought of as victims of uncertainty. But having evolved in an array of diverse and unpredictable environments, humans are just as likely to be able to use uncertainty to their advantage. Examining the behavior of expert poker players, we reveal one mechanism by which uncertainty can be used strategically to improve decision making. Using a recent multivariate approach to information theoretic data analysis, and over 1.75 million hands of online two-player No-Limit Texas Hold’em (NLHE), we find that experts are better at integrative information processing — at extracting information not just from public social signals and their own private cards, but from how those streams interact. When information streams are processed separately, outside observers can make inferences from observing partial inputs and outputs. But when outputs depend on complex contingencies between public and private inputs—when experts think hard—this reverse engineering becomes impossible. In this context, an expert poker player’s cards function as the private key in a public key cryptographic system. Though one might expect that experts must tradeoff between exploiting public signals and remaining unpredictable, the “strategic information encryption” made possible by integrative information processing permits them to “have their cake and eat it too.” By understanding uncertain strategic behavior in terms of information processing complexity, we offer a detailed account of how experts extract, process, and conceal valuable information in high-uncertainty, high-stakes competitive environments. With Paul Williams and Dominic Albino. In Cognitive Science (open version).

Do humans play the game you give them?
For some people, to sit down and figure one’s taxes is to enter into a strategic battle of wits with the IRS, but, for others, it is just to follow a series of logical steps, however irksome. In this and many other situations, there are dramatic differences between how we conceptualize a situation and how an economist would model it. Differences between our mental and economic models may be responsible for much of the unpredictability of society, but they have been hard to pin down in the lab. We present a human collective behavior that pops up unexpectedly in three very different lab games. That this one strange phenomenon unites these technically unrelated games suggests a “conceptual” level that lies between our cards and how we play them. This work constituted my dissertation under Rob Goldstone.
—ArXiv.
—15-minute popular talk. Do logic puzzles and competitive games invoke the same reasoning faculties? Not among world-class GO players. In work with Sascha Baghestanian, we pitted professional GO players against each other in a battery of classic economic games. GO is an East Asian board game that is at least as hard as chess. We found evidence in the behavior of these experts that strategic reasoning and analytic reasoning are distinguishable. Players with higher GO rankings were more likely to defect on games like the Prisoner’s Dilemma (indicating dominance of strategic reasoning) but players with higher IQs, surprisingly, were more likely to play cooperatively, even as they continued to outperform typical human populations in other tasks of sophisticated reasoning. In our analysis, GO ranking corresponds to “strategic reasoning” and IQ (actually a simple proxy for it) corresponds to non-strategic “analytic reasoning.” Journal of Behavioral and Experimental Economics. Are there times when you should approach inanimate objects as if they were human? And conversely, are there social situations in which everyone is better off dehumanizing everyone else? When you are designing a social system you can up- and down- play the humanness of both the humans and the non-humans, and if you’re smart about it you can make the whole system work better as a result. I looked at the funny things that happen to game theory when you do and don’t strategize about things that may or may not be human reasoners. That’s important because, in our daily lives, there are many things whose agenthood depends as much on context as on their underlying nature, such as teams, infants, animals, computers, people sleeping, and sometimes even ourselves. Adaptive Behavior. Free copy.
More projects

Other projects with distant but fascinating questions Are literary critics right about what Shakespeare does to our minds? With modern laboratory methods, classic theories about literary experience can actually be tested. In work with Amy Cook, I reveal interactions between literary criticism and modern-day research on the dynamics of language processing. Working paper. Melody Dye, Greg Cox, and I brought some of this to the laboratory. A popular piece in Nautilus Magazine, with Jillian Hinchliffe, topped out Digg, Hacker News, and Arts & Letters Daily. Outside of research I break/repair my bicycle, admire print design, and think about clear communication. I get inspiration from organizational, industrial, and institutional economics; political philosophy; old-school anthropology; animal behavior; statistical physics; and nature writing. I love people’s fascinations (peculiar or not), and fixing things (broken or not).