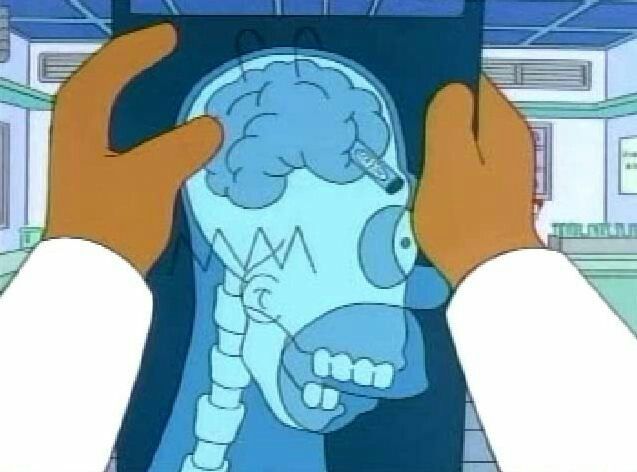 Even as overeducated as I am, I don’t think intelligence is all that important to living a whole happy meaningful life. But of course I think about it, what it is and what it’s made of. And how it changes! I have been around long enough, and changed enough times in enough ways, to watch my own intelligence wax and wane in minor ways with changes in, well, anything, personality, circumstance, social environment, with the result that I’ve evolved a picture of intelligence that’s fairly usable, if not too scientific. It’s a far cry from lay conceptions of it, and more in line with prominent theories like the Cattell–Horn–Carroll theory, in which general intelligence has many dimensions. Where many of us imagine that IQ is a single knob in the brain that is just cranked way up or down for different people, I’ve come to think of it something with tens or hundreds of facets that are influenced by nearly everything.

In that way, it’s a lot like nutrition. Our bodies rely on many many trace chemicals. If you get your trace amount of each them, you’re generally fine. You also don’t tend to benefit too much from getting more than trace amounts. Megadoses of this or that vitamin, while trendy, are usually pointless, and sometimes dangerous. So the name of the nutrition game isn’t so much about getting as much as possible of a few things, but getting the right amount of lots of things, not too little, and maybe not too much. Maybe “you’re only as healthy as your weakest nutrient.” Or “the roof is only as high as the shortest column.”

I think intelligence is the same way. It requires a lot of traits, and its level isn’t determined by the strongest of them, but the weakest of them. Qualities that support intelligence, and hold it back, include creativity and curiosity, but also attention, self-consciousness, self-control, arousal, and even memory, risk tolerance, and coping style. Within memory, long-term, short-term, episodic, visual, and muscle memory are probably each potential bottlenecks on general intelligence. It can probably be held back by one’s limits to think visually, and to think verbally. Processing skills like subitization are probably excellent prereqs to strong visual reasoning. Certainly nutrition, life stability, and other aspects of nurture, like your exposure to logic and the wide variety of other tools of thought.

This doesn’t mean that traits can’t fill in for each other. Some traits can really make up for others (memory, and maybe fortitude), and can really be cranked quite high before they stop helping. But under this picture, there are limits to that kind of coping, for at least some traits, which makes them bottlenecks.

This has all borne out for me in different ways. I’ve observed myself behave with less intelligence when I’m not alert. In the other direction, I got to observe myself become smarter after my personality changed to make me less anxious about loss and risk. Having known incredibly intelligent people with excellent memories, and watched a decline in my memory, I think the biggest long-term bottleneck on my current intelligence is my long-term memory, which is only so-so these days. I think a lot of my younger school age success was due to the fact that, once upon a time, I only had to read things once to remember them indefinitely. It isn’t like that any more. I’ve also never been much of a visual reasoner, and I’m a sorry subitizer.

This “bottleneck-driven” or “nutrition-like” picture of intelligence accounts for a lot. It seems compatible at first with theories of “multiple intelligences,” but it’s ultimately grounded in the idea of of general intelligence, which I guess I do buy because of something you see in education science: when you do interventions in classrooms, there is a type of student that will just do really well on every educational intervention you give them, no matter what it tests. Distributions of student performance on these kinds of assessments can be bi-modal, with several students clustered tightly at the top of the performance range, and others distributed widely across the rest of the range. The hypothesis is that students off of the performance ceiling have one or more bottlenecks keeping them back, and they are all different in which quality is playing the role of bottleneck.

This theory has other implications as well for how we interpret learning accommodations. Rather than saying that exams miss measuring intelligence by testing only your memory and ability to sit still and concentrate, this theory more precisely says that exams test your intelligence in part by testing your memory and ability to sit still and concentrate, and that they miss intelligence by failing to measure the facets they don’t measure like creativity and curiosity. It also reinterprets what aids do. From this view, attention aids like drugs or exercises are intelligence aids for those people whose intelligence is limited by their ability to control their attention.

Going one step away from direct supporters of intelligence, there might also be traits that are only bottlenecks in certain cultures or environments. In a typical classroom setting, obedience is probably an important predictor of how effectively education feeds intelligence, and students without it may either need to develop it or seek a learning environment that doesn’t allow a trait like obedience to become an intelligence bottleneck. Conversely, it might be that among students in unstable social or cultural environments, the hyperfocus that you find with ADHD is adaptive. And obviously, in domains where knowledge is stored primarily in written words, impediments to reading, or a lack of alternatives to reading, will be indirect impediments as well.

There are obviously many things the theory misses. It’s great if there is just one way to be intelligent and lots of ways that intelligence can be limited. But if there are many kinds of intelligence, the theory only needs a couple tweaks from the nutrition model. Rather than bunching each personality or other trait that influences intelligence into the bottlenecks category, driven by the minimum, you’d call other max driven. In the more complicated picture, you’d say that the height of the ceiling depends on the shortest of some columns and the tallest of others.

But being no specialist in education science, I can’t seriously say that this is anything more than idle theorizing based off of personal anecdote. And any theory of such an elitist idea as intelligence is inherently going to be a little offensive. Allowing that, I imagine that this picture of it is overall less offensive than most others. All things considered, I think being such a holistic theory of intelligence makes it pretty humane, open, and empowering. It’s certainly makes a lot of predictions, and is actionable. In my case, if I personally buy this theory, I should probably become a better memorizer.