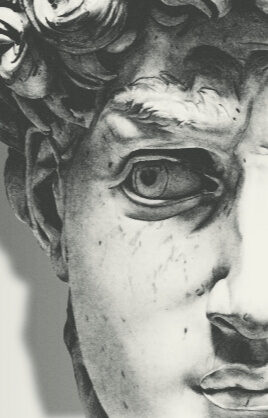 Social justice activism is bringing changes to culture and discourse, especially in the US. Those changes can cause a lot of communication breakdown, even among people who should be aligned. If you can’t stand how old liberals put so much on civility when the world is burning or, if you’re baffled that today’s social justice has thrown freedom of expression under the bus, or if you just think there’s too much infighting all around, then there’s a solution. It’s actually not hard to reconcile the ethics behind broad-minded liberalism and confrontational identity-driven progressivism into one framework, to explain how they can co-exist, and actually always have, serving different purposes.

The worldviews seem incompatible because they exist in two different spaces built on different assumptions. They are the “dialogue-first” and “politics-first” spaces. Dialogue-first spaces exist when there is physical security and everyone can assume the good faith of everyone else. These get you the familiar ideal of older liberals: unity is a goal, good intentions behind a bad action matter, civility matters, there are no bad ideas, you attack the idea not the person, speech is free but yelling doesn’t work, content trumps style, you can discuss abhorrent ideas, defend people with abhorrent views, due process is respected by all, and reason prevails.

Politics-first spaces are wild: none of the above is true. You don’t assume good intentions of others who have wronged you, you can attack people rather than ideas, vulnerability can be weakness, interest in other cultures is appropriation, race and other identity differences are recognized and even emphasized, affiliation and trust are based on those identities, the legitimacy of your input depends on them, mobbing is legitimate, a witchhunt is a tactic, silence is assent, self-censorship is tact, shutting someone down is fair game, how you come off is as important as how you are, and the weak are strong en masse.

You’re clearly in politics-first space on social media, in opinion columns, during protests, pretty much anytime that you’re in a position to offend people who are loud, effective, and enflamed enough to take you down. You’re in dialogue space when you can ask challenging, ignorant, vulnerable questions and count on sympathy, patience, and an explanation. Close family and friends, sometimes the classroom. I’ve seen that people who experience the world as hostile to their existence are often tuned for politics-first exchange.

The tensions play out

The catch is that a space can claim to be dialogue-first but be politics-first in secret. In fact, I wonder if most spaces that call themselves dialogue-first have the other dynamic under the hood. And that’s dangerous: when a political space projects dialogue values, the emphasis on good faith makes it easier to hide abusive dynamics. If there’s no blatant evidence of sexual assault, and good faith means taking assailants at their word, then the veneer for dialogue-first dynamics can perpetuate awful behavior.

In politics-first spaces, appearance is reality, and creepiness can’t lurk as easily. Politics-first spaces can be more transparent, in the sense that your happiness doesn’t depend on other people being honest. You also have more strategies. “Safe spaces” are ridiculed in dialogue space, but they are adaptive in political space. Call-out culture, cancel culture, and other seemingly unaccountable tactics are fair game, even strategic, in political space. This is all good. On the very edge of social change and activism, dialogue is naive because the consensus conspiracy of institutional violence has bad faith at it’s core: the civil rights movement, Apartheid resistance, and BLM. In those cases, the politics-first headspace is the right headspace.

The only truly dialogue-first spaces are those that maintain consensus from all participants all the time. If one person’s experience is that they don’t believe others are acting in good faith, it’s literally not a dialogue space anymore, no matter how many other people still believe. That sounds like an overstatement, but the proof is easy. Say someone in a dialogue-first space speaks up after covert discrimination or harassment. Do you take their claim seriously or not? If you take them seriously, then you’re acknowledging that bad faith is happening somewhere. And if you don’t, then you’re rejecting their experience out of hand, in bad faith, and the person who just broke the space is you. No matter what you do, you’ll help them break consensus.

Since anyone can call bullshit at any time, true dialogue-first spaces are fragile. Dialogue-first spaces are little islands surrounded by the political spaces that call themselves dialogue-first, which are surrounded in turn by the seas of openly political spaces. When minorities in universities say that academia isn’t actually a field of pure ideas that rewards all equally, they are saying that they are experiencing the university’s founding ideal of dialogue as just a veneer. If that’s their experience, then good faith means assuming they’re right unless proven otherwise. So universities today are listening, foregrounding their political side, and asking critically whether that founding ideal really exists for everyone. That has upsides and downsides. Firing profs for assigning Huck Finn without proper warning is the other side of the coin of finally being able to fire them for sexual harassment. And it will continue this way until affected communities feel represented and are ready to buy in again to the university’s ideal. It will take time to build back up. The thing about the university’s fragile ideal is that if it can’t be broken it’s not real.

Everyone deserves to have a dialogue space they connect with. Dialogue space is less stressful and creates more room for growth. It’s important to want and have dialogue-first spaces. But it’s also important that whatever space you’re in has the right name. So within both spaces there are important things to do.

In a dialogue-first space. It’s easy to get nostalgic for a time when people could just talk about ideas without getting mobbed on social media. But there are people who are saying that that time only existed for you. If you don’t accept their experience as true, then you are making it true by perpetuating their marginalization. So the first thing to do is take a person seriously when they are challenging the consensus of your dialogue-first spaces. Victims who come out to expose violence in superficially dialogue-first spaces often get hostility for questioning the consensus, when they should get rewarded for finding the right name. You listen to challenges because you cherish your spaces enough to question them.

In a politics-first space. The fragile consensus of dialogue-first spaces makes it hard to build back up. You can, but you need the capacity. Capacity is how much bullshit you can take before losing patience, getting frustrated, or otherwise losing good faith. People don’t get to pick their capacity, and many don’t have much. Your capacity might be higher because of your privilege or your personality or your training. Here’s how:

Step 1 is actually the only step. The second step is “wait.” Not because it’s all you have to do, but it’s all you can do. You can’t make someone assume good faith, so you need to have the capacity to maintain dialogue-first presence, model its value, and absorb political blows until others finally let their guard down and it becomes true.

Because of all the patience and compromise involved, it is easier for pragmatists than ideologues to be first-movers. You often have to choose between saying things bluntly (“being right”) and saying things tactfully (“being effective”). You have to lead with your shortcomings and abolish pride. And you don’t just avoid behavior that actually alienates others, but behavior that comes off as potentially alienating, in the way that public figures work to avoid both impropriety and the appearance of impropriety. Overall, integrity in first-movers is maintaining the standards to thrive in both spaces.

If you do have capacity, you should get over that time you were called out unfairly, and become part of the solution. And if you can’t manage patience and waiting, then you might be more in the politics-first headspace than you realize. If your approach to defending rationality, reason, discussion, open-mindedness, freedom of expression, and other good stuff involves being defensive, dismissive, combative, sarcastic, or otherwise closed to the concerns of those who question consensus, then there’s a good chance that you’re just an agent provocateur, claiming you support dialogue-first spaces while covertly undermining them with bad faith politics-first tools. The tension between the spaces is an opportunity, not a warzone, and making war of it is a fundamental betrayal of enlightenment values. You should consider getting out of the way, until you get the help of a first-mover yourself.

It is sometimes easy to support people back into dialogue from a politics mindset, but there are failure modes. One failure is to move toward dialogue prematurely, while a community is still suffering from deeply rooted bad behavior or bad faith. So in addition to capacity, good first-movers need empathy and sensitivity, and they have to be up-to-date on a space’s current drama. They also need the integrity to not be creeps themselves, which can be hard if they have the blindspots that come from identifying as an ally. Another failure is that if someone has become powerful in a politics-first space, it might not be in their interest to change (a lot of radical Twitter), or they might only engage with people they identify with. That’s why a good first-mover is someone who is already a legitimate insider in their target identity group, which can be rare. Your identity shouldn’t matter, but in politics space it does. A third failure is if you encounter the immune response of a politics-first space. Politics-first constructs like tone-policing can be weaponized to discredit the whole idea of dialogue-first relationships. If that happens, this might not be the right time, or you might not be the right person. The last failure isn’t a failure at all. Again, on the very edge of social change and activism, political tools are the right tools. Some spaces are inherently politics-first, and some people specialize in that toolkit and thrive in that setting. If you step in where dialogue doesn’t make sense, you’ll just invite ridicule. Alinsky’s Rules for Radicals are built on exploiting the vulnerability of dialogue exchange for political wins.

This is a model. It succeeds at explaining a lot of the contradictions faced by people who are both sympathetic and wary about social justice. It explains why a lot of things that seem ugly about social justice rhetoric are adaptive in context, and what a space needs to be ready for civility discourse. It also gives a strategy for moving forward. And it gives rationalists who have been hurt something to aspire to. Hopefully this makes it easier for you to understand what’s going on with society right now, and articulate your place in change.

I’m still developing and editing this. On the one hand, there’s a lot to say, on the other, I’m trying to keep it short. Here are more dimensions as I come up with them, to maybe incorporate.