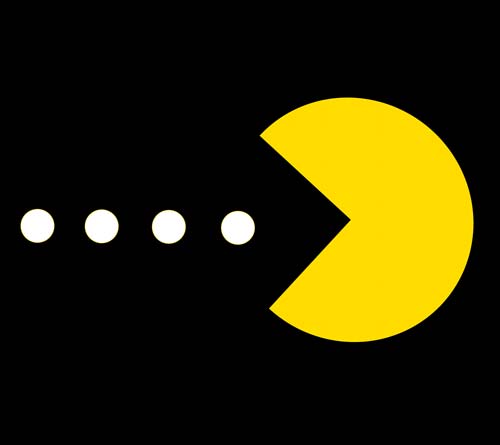 After several years of evidence of the volatility, insecurity, and overall reality of cryptocurrency, the conversation around cryptocurrency is evolving further away from the strict ideal of an immutable governance machine that runs itself without politics. Part of this is due to seeing the pure market do one of the many things that pure markets do: get captured by monopolists and oligopolists. It became a reality very quickly that both wealth in the network and control of its infrastructure concentrated very quickly in the hands of a few powerful actors. While some libertarians embrace market power as legitimate power because it emerges, the fall of these currencies, Bitcoin in particular, into the hands of the few has meant the end of the honeymoon for many in the crypto space. The narrative that has evolved is that we had high hopes, but we’ve learned our lesson, and with our eyes wide open are now looking at more types of mechanisms and more complex governance to create a new type of system that’s not just a market and such and such.

The simple critique of that narrative is that market capture caught no one by surprise who has done their homework. Market concentration, the emergent accumulation of capital in the hands of the few, is as reliable a property of markets as equilibrium, nearly as old and distinguished. We don’t hear about it as much, usually because of a mix of rug sweeping (“Inequality isn’t cool. Efficiency; that’s cool.”, “¿Monopoly, what monopoly?”), gaslighting (“But The State!”) or rationalization (“Is a Pareto distribution really that unequal?”, “Inequality is inevitable no matter what”, “Corporate capture of regulators is the fault of the existence of regulators”, “theoretically a natural monopolist will act as if they have competitors so no problem”, “the market’s autocrats are bad but less bad than those of The State”). Really, it should have caught no one by surprise that BitCoin and coins like it fell very quickly to those who probably don’t need more money.

But to the naïve surprise at protocol capture in crypto economies, there’s a much deeper critique. The original Bitcoin whitepaper, Nakamoto (2008), which was focused on demonstrating the security of the distributed ledger scheme, actually imposes a capture process by assumption, as part of its security arguments. The first security concern that Nakamoto tackles is the double spending problem, that an attacker who builds out a false ledger faster than the original secure ledger can undermine the currency by rewriting it to enrich themselves. This attack has proven to be more than theoretical. To prove against it, Nakamote defined a stochastic process, a random walk. He theorized to 1-D random walk agents (the original and the attacker) and estimated the size of the difference in their positions, given an initial headstart by the original. A basic result of probability theory is that, for an unbiased random walk, the probability of reaching every point, whether walking in 1 or 2 dimensions, approaches 1 as time extends toward infinity. By extension, no difference between two random walkers should be insurmountable. But Nakamoto doesn’t assume an unbiased walk. He assumes that the probability of the original chain to advance is greater than the probability of the false chain. This asymmetry breaks the result and guarantees that the original chain’s probability of success will diverge exponentially as their initial advantage increases. This was the security result.

But take a look. An assumption required by the security result is that the original chain has a structural advantage.

If a majority of CPU power is controlled by honest nodes, the honest chain will grow the fastest and outpace any competing chains. To modify a past block, an attacker would have to redo the proof-of-work of the block and all blocks after it and then catch up with and surpass the work of the honest nodes.
…
If a greedy attacker is able to
assemble more CPU power than all the honest nodes, he would have to choose between using it
to defraud people by stealing back his payments, or using it to generate new coins. He ought to
find it more profitable to play by the rules, such rules that favour him with more new coins than
everyone else combined, than to undermine the system and the validity of his own wealth.

The assumption is being used to examine one type of attack, but assuming it for this case has consequences that are much greater. It is the assumption that miner dynamics are driven by a rich-get-richer dynamic that implies oligopoly. Nakamoto gives some attention to this problem assuming that any nodes who accumulate enough power to cheat will have a greater incentive to stay honest. Whether that holds is another question: the point is that structural advantage and rich get richer dynamics were built into Bitcoin. having an imbalance of CPU power gives an agent the power to influence the very legitimacy of the system. Power within the system confers power over it. This was just the first example of many in the crypto space, of a few agents gaining the power to write the rules they follow. This can’t be framed as an embarrassing surprise, or an unfortunate lesson learned. It’s a foundation of the viability of the system. It was baked in; Bitcoin was vulnerable to capture from Day 1.