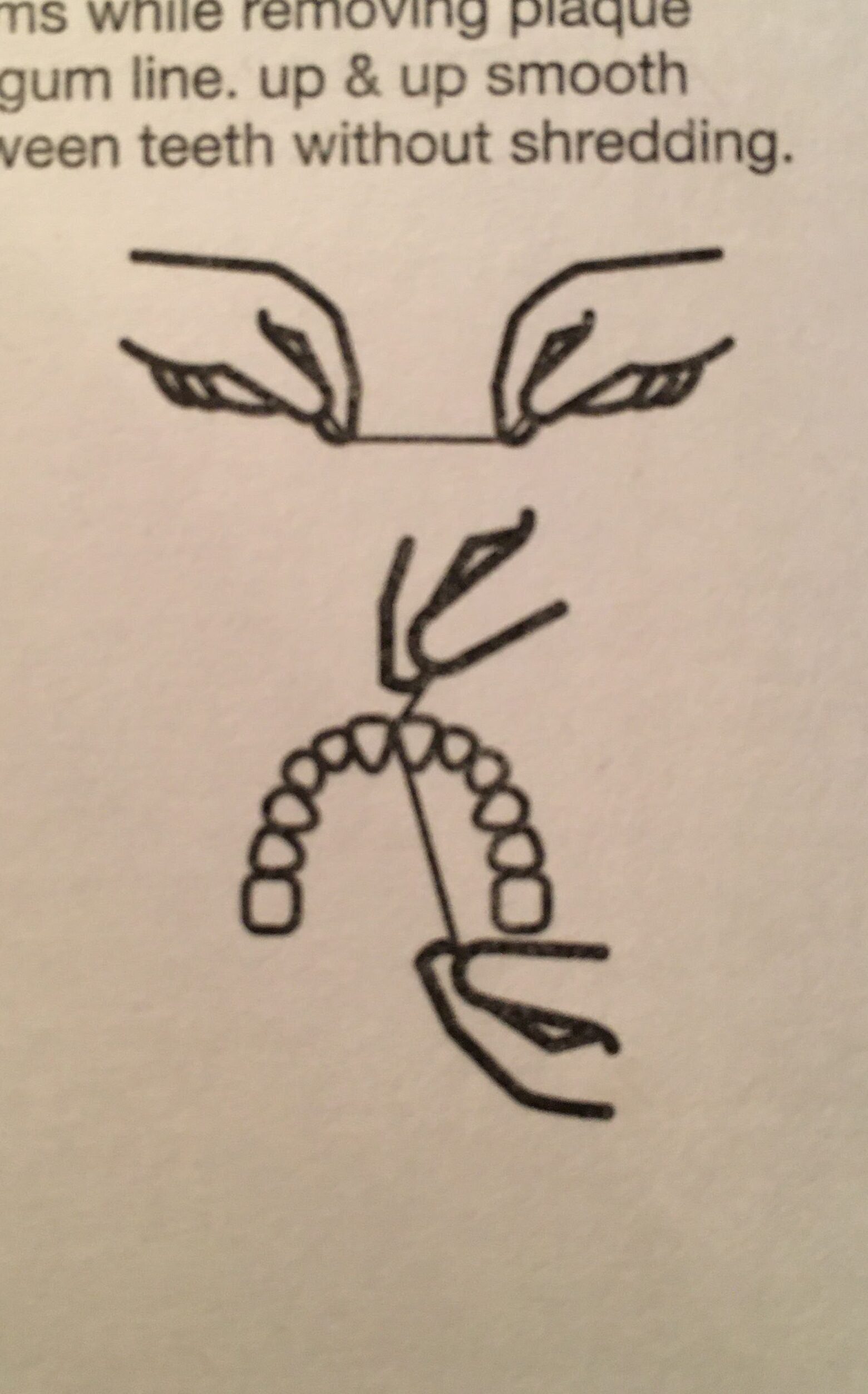 It sounds impossible, but this statistic is true:

Hugging your child regularly can raise his or her risk of anxiety, alcoholism, or depression by up to 95%.

And there are other statistics just like it. I was at a Walmart and on the side of a giant bin of cheap toothbrushes I read that “a new toothbrush is up to 95% more effective than a 3 month old toothbrush in reducing plaque between teeth.”

If you’ve heard related things like “Your toothbrush stops working after three months,” from TV or word of mouth, I’ve found that they all come as butchered versions of this original statistic, which actually says something completely different.

I’d only heard the simplified versions of that stat myself, and it had always set off my bullshit detector, but what was I going to do, crusade passionately against toothbrushes? Seeing the claim written out in science speak changed things a little. The mention of an actual percentage must have struck me because I pushed my giant shopping cart in big mindless circles before the genius of the phrasing bubbled up. This is textbook truthiness: At a glance, it looks like science is saying you should buy more toothbrushes, but merely reading right showed that the sentence means nothing at all. The key is in the “up to.” All this stat says is that if you look at a thousand or a million toothbrushes you’ll find one that is completely destroyed (“95% less effective”) after three months. What does that say about your particular old toothbrush? Pretty much nothing.

And that’s how it could be true that hugging your child regularly can raise his or her risk of anxiety, alcoholism, or depression by up to 95%. Once again, the key is in the “up to.” To prove it, all I have to do is find someone who is a truly terrible hugger, parent, and person. If there exists anyone like that — and there does — then this seemingly crazy claim is actually true. If any person is capable of causing psychological distress through inappropriate physical contact, the phrase “up to” lets you generalize to everyone. Should you stop hugging your child because there exist horrible people somewhere in the world? Of course not. These statistics lead people to conclusions that are the opposite of the truth. Is that even legal?

If it’s in your mind that you should buy a new toothbrush every three months, that’s OK, it’s in mine too. And as everyone who comes within five feet of me will be happy to hear, me and dental hygiene have no conflict. But you have to know that this idea of a three month freshness isn’t based in facts. If I had to guess, I’d say that it’s a phrase that was purchased by the dental industrial complex to sell more toothbrushes, probably because they feel like they don’t sell enough toothbrushes. If it sounds tinfoil hat that an industry would invest in fake science just to back up its marketing, look at just one of the exploits pulled by Big Tobacco, very well documented in testimony and subpoenas from the 1990’s.

Press release by Colgate cites an article that never existed

Hunting to learn more about the statistic, I stumbled on some Colgate fan blogs (which I guess exist) pointing to a press release citing “Warren et al, J Dent Res 13: 119-124, 2002.”

Amazingly, it’s a fake paper! There is nothing by Warren in the Journal of Dental Research in 2002, or in any other year. But I kept looking and eventually found something that seems to fit the bill:
Conforti et al. (2003) An investigation into the effect of three months’ clinical wear on toothbrush efficacy: results from two independent studies. Journal of Clinical Dentristry 14(2):29-33. Available at http://www.ncbi.nlm.nih.gov/pubmed/12723100.

First author Warren in the fictional paper is the last author in this one. It’s got to be the right paper, because their results say exactly what I divined in Walmart, that a three month old toothbrush is fine and, separately, that if you look hard enough you’ll find really broken toothbrushes. Here it is in their own words, from the synopsis of the paper:

A comparison of the efficacies of the new and worn D4 toothbrushes revealed a non-significant tendency for the new brush head to remove more plaque than the worn brush head. However, when plaque removal was assessed for subjects using brush heads with the most extreme wear, i.e., scores of 3 or 4 (n = 15), a significant difference (p < 0.05) between new and worn brush heads was observed for the whole-mouth and approximal surfaces.

This study should never have been published. The phrase “revealed a non-significant tendency” is jargon for “revealed nothing.” To paraphrase the whole thing: “We found no effect between brand new and three month old toothbrushes, but we wanted to find one, and that’s almost good enough. Additionally, a few of the toothbrushes were destroyed during the study, and we found that those toothbrushes don’t work.” The only thing in the original stat that isn’t in the Conforti synopsis is the claim about effect size: “up to 95% less effective.” The synopsis mentions no effect size regarding the destroyed toothbrushes, so either it’s only mentioned in the full version of the paper (which I can’t get my hands on) or it’s based on a really incredibly flawed interpretation of the significance claim, “(p < 0.05)." The distinguished Paul J Warren works or worked for Braun (but not Colgate), and has apparently loved it. Braun is owned by Gillette which is owned by Proctor & Gamble. The paper’s first author, Conforti, works, with others of the paper’s authors, for Hill Top Research, Inc., a clinical research contractor based in West Palm Beach, Florida. I don’t think there’s anything inherently wrong with working for a corporate research lab — I do — but it looks like they produce crap for money, and the reviewers who let Braun’s empty promotional material get published in a scientific journal should be embarrassed with themselves.

I did a lot of digging for the quote, and found lots of versions of it, each further from reality than the one before it. Here is the first and best attempt at summarizing the original meaningless study:

A new toothbrush is up to 95% more effective than a three month old toothbrush in reducing plaque between teeth.*

A later mention by Colgate gets simpler (and adds “normal wear and tear,” even though the study only found an effect for extreme wear and tear.)

Studies show that after three months of normal wear and tear, toothbrushes are much less effective at removing plaque from teeth and gums compared to new ones.*

Most dental professionals agree you should change your toothbrush every three months.*.

That last one might come from a different source, and it might reflect the statistic’s transition from a single vacuous truthy boner to vacuous widespread conventional wisdom. The American Dental Association now endorses a similar message: “Replace toothbrushes at least every 3–4 months. The bristles become frayed and worn with use and cleaning effectiveness will decrease.” To their credit, their citations don’t include anything by Warren or Conforti, but the paper they do cite isn’t much better: Their evidence for the 3–4 month time span comes from a study that only ran for 2.5 months (Glaze & Wade, 1986). Furthermore, the study only tested 40 people, and it wasn’t blind, and it’s stood unelaborated and unreplicated for almost 30 years. It’s an early, preliminary result that deserves followup. But if that’s enough for the ADA to base statements on then they are a marketing association, not the medical or scientific one they claim to be.

They also cite evidence that toothbrushes you’ve used are more likely to contain bacteria, but they’re quick to point out that those bacteria are benign and that exposure to them is not linked to anything, good or bad. Of course, those bacteria on your toothbrush probably came from your body. Really, you infect your toothbrush, not the other way around, so why not do it a favor and get a new mouth every three months?

Buy a new toothbrush if you want, but scientifically, the 3–4 months claim is on the same level with not hugging your kids. Don’t stop hugging your kids. Brush your teeth with something that can get between them, like a cheap toothbrush, an old rag dipped in charcoal, or a stick. You can use toothpaste if you want, it seems to have an additional positive effect, probably a small one. Your toothbrush is probably working fine. If your toothbrush smells bad, you probably have bad breath.

Disclaimer is that I’m sure I could have read more, and I might be working too fast, loose, and snarky. I haven’t even read the full Conforti paper (If you have good institutional access, see if you can get it for me). I’ll dig deeper if it turns out that anyone cares; leave a comment.